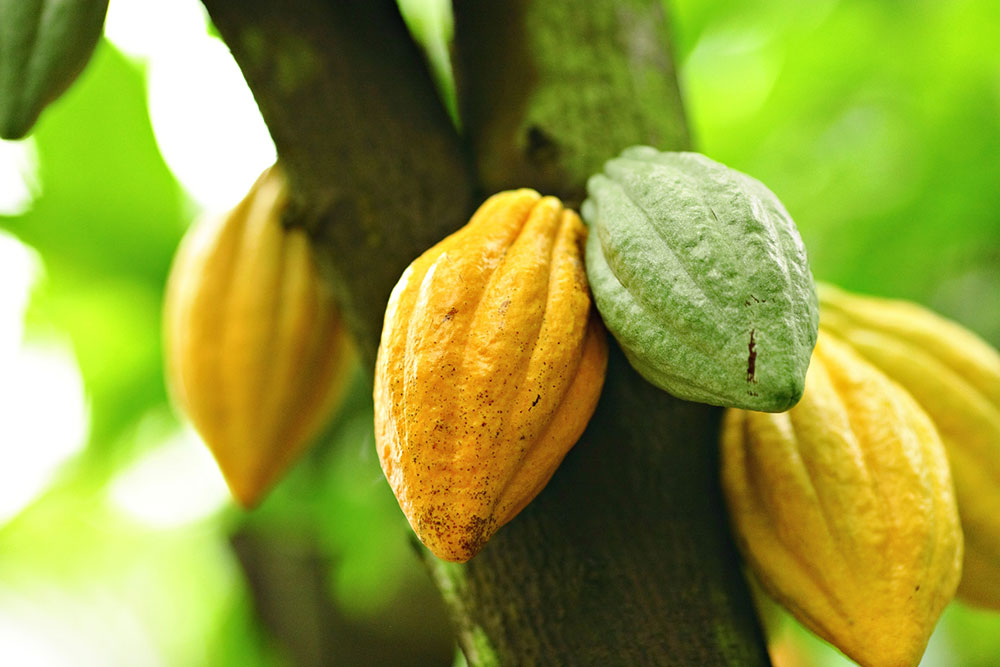 Recent studies of Theobroma cacao seem to show that the plant originated in the Amazon and was distributed by humans throughout Central America and Mesoamerica. The scientific name Theobroma from Greek θεοβρῶμα actually means “food of the gods”. The word cacao which then became cocoa derives from the Aztec word cacahuatl, learned at the time of the conquest when it was first encountered by the Spanish.

Cultivation and use of cacao was early and extensive in Mesoamerica. Ceramic vessels with residues from the preparation of cacao beverages have been found at archaeological sites dating back to 1900 BC. There are several mixtures of cacao described in ancient texts, for ceremonial, medicinal uses as well as culinary purposes. Some mixtures included maize, chilli, vanilla and honey.

Although Christopher Colombus first encountered Cacao as a drink, the first real European knowledge about chocolate came in the form of a beverage which was first introduced to the Spanish at their meeting with Moctezuma in the Aztec capital of Tenochtitlan in 1519. It was noted that the emperor drank vast quantities of hot chocolate from a solid gold goblet.

Health Benefits of Theobroma
100% cacao has zero cholesterol and contains a high level of flavonoids, which have beneficial cardiovascular effects on health and are known for their antioxidant activity. Consumers and food manufacturers have become interested in flavonoids for their possible medicinal properties, especially their role in prevention of cancers and cardiovascular diseases. The beneficial effects of cacao have sometimes been attributed to these flavonoid compounds. Studies show that flavonoids also have anti-allergic, anti-inflammatory, anti-microbial, anti-cancer, brain stimulating and even cough- preventing effects.